हमारे न्यू अपडेटेड पाने के लिए जॉइन करे Contact Us Join us!
Verify that You are not a Robot
Are you a Robot?
Generating Link... Please Wait
I am not a Robot
Home
India Report
Latest Report

Please wait 0 seconds...
Scroll Down and click on Go to Link for destination
Congrats! Link is Generated 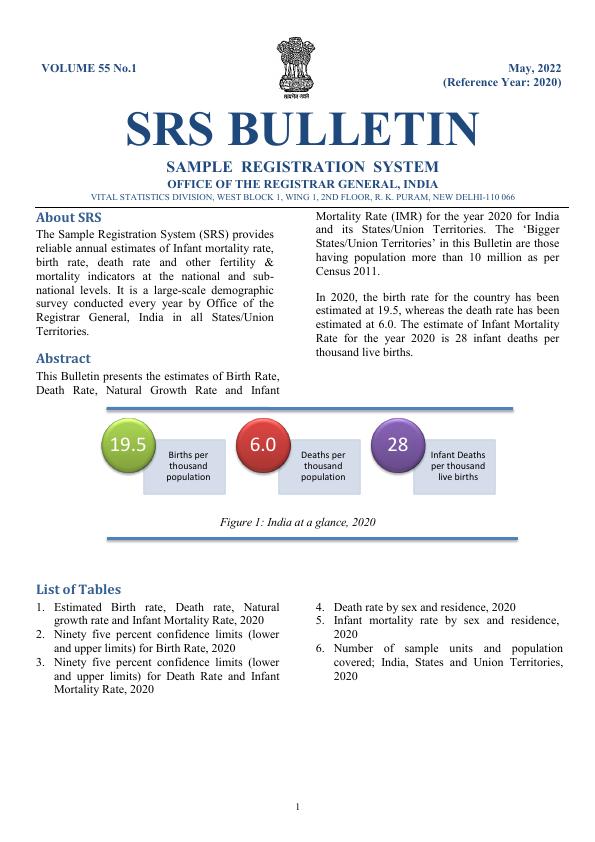 About SRS
The Sample Registration System (SRS) provides reliable annual estimates of Infant mortality rate, birth rate, death rate and other fertility & mortality indicators at the national and sub-national levels. It is a large-scale demographic survey conducted every year by Office of the Registrar General, India in all States/Union Territories.

Birth Rate is a crude measure of fertility of a population and is a crucial determinant of population growth. It gives the number of live births per thousand population in a given region and year.
The birth rate at all India level has declined drastically over the last five decades from 36.9 in 1971 to 19.5 in 2020. The rural-urban differential has also narrowed over these years. However, the birth rate has continued to be higher in rural areas compared to urban areas in the last five decades.
Figure-2 below shows the level of estimated birth rate for India over the last ten years. Birth rate has declined by about 11% in the last decade, from 21.8 in 2011 to 19.5 in 2020. The corresponding decline in rural areas is 23.3 to 21.1 (about 9% decline), and for urban areas it is from 17.6 to 16.1 (about 9% decline).

In 2020, the highest Birth Rate has been observed at 25.5 in Bihar, whereas Andaman & Nicobar Islands has the lowest Birth Rate of 10.8.

Mortality is one of the basic components of population change and the related data is essential for demographic studies and public health administration. Death rate is one of the simplest measures of mortality and is defined as the number of deaths per thousand population in a given region and time period. The death rate of India has witnessed a significant decline over the last
five decades from 14.9 in 1971 to 6.0 in 2020. The following Figure-3 indicates that death rate at all India level has declined from 7.1 to 6.0 in the last ten years, witnessing about 15% decadal decline. The corresponding decline in rural areas is 7.6 to 6.4 (about 16% decline),
and for urban areas it is from 5.7 to 5.1 (about 11% decline).

The Infant Mortality Rate (IMR), which is widely accepted as a crude indicator of the overall health scenario of a country or a region, is defined as the infant deaths (less than one year) per thousand live births in a given time period and for a given region.
The present level of IMR (28 infant deaths per thousand live births, for the year 2020) is less than one-fourth as compared to 1971 (129 infant deaths per thousand live births). In the last ten years, IMR has witnessed a decline
of about 36%. The Figure-4 given below indicates that IMR at all India level has declined from 44 to 28 in the last decade. The corresponding decline in rural areas is 48 to 31, and for urban areas it is from 29 to 19, thereby exhibiting about 35% and 34% decadal decline respectively.Despite the decline in IMR over the last decades, one in every 36 infants die within first year of their life at the National level (irrespective of rural-
urban). 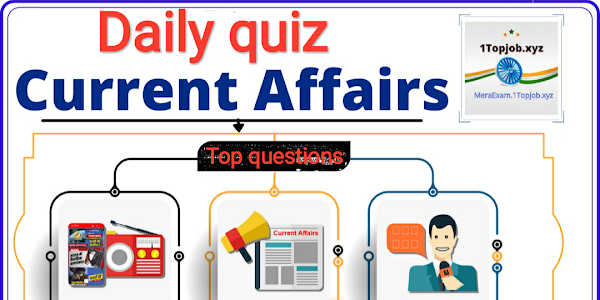 Oops!
It seems there is something wrong with your internet connection. Please connect to the internet and start browsing again.
AdBlock Detected!
We have detected that you are using adblocking plugin in your browser.
The revenue we earn by the advertisements is used to manage this website, we request you to whitelist our website in your adblocking plugin.